Vaccination is one of the basics of good hound care, and there is no way to emphasize enough the importance of a thorough, timely vaccination program for the health of your kennel. Without this basic item in place, all the time, money, and effort can go down the tubes in a moment.

I believe everyone realizes the importance of vaccinating their puppies, but many forget to also immunize their grown dogs against infectious disease. Vaccine-induced immunity is not life-long in the canine, and yearly “booster” shots are still quite important. This is an even greater necessity in the trialing and hunting dog, which is constantly under stress, mingled with strange dogs, and exposed to other wildlife.

Puppy vaccinations, which everyone thinks they understand, are all too often misunderstood. This often has very serious and costly consequences. There are two very important facts to bear in mind with puppies. First, the initial vaccination provides no protection and merely ‘primes’ or ‘formats’ the immune system for the second vaccination. Second, any protective vaccine immunity does not occur until two weeks after the second shot in the series. This leaves a fairly large gap where pup is unprotected against diseases like parvo. Another factor, which plays a major role in the timeframe in which immunity is gained from puppy vaccinations, is maternal antibodies. Maternal antibodies are passed both across the placenta and in the colostrum in canines and provide protection for the first few weeks of life. If the maternal antibodies are still present, they will interfere with vaccine immunity. They must wane (usually at about 5 weeks of age) before the vaccines can “kick-in.” This also adds to the window of “non-protection” puppies go through, and is the motivation for the extended “puppy series” of shots.

The following is a brief explanation of the diseases commonly contained in canine vaccine.:

Distemper: An infectious viral disease of dogs, which affects the respiratory, the gastrointestinal, and nervous systems.

Adenovirus-2: This is the causative agent of Canine Infectious Hepatitis a severe disease leading to liver failure.

Leptospirosis: A bacterial disease that may cause kidney failure in the dog. Often transmitted in contaminated water, this disease appears to be increasing in incidence.

Parvovirus: A highly contagious viral disease, which primarily affects puppies, this disease is feared by all dog owners.

Corona virus: This virus causes signs very similar to parvovirus, though generally not as severe.

Bordatella: A bacterial organism, which causes the insidious, irritating, performance-robbing disease known as kennel cough or canine infectious tracheobronchitis. This vaccine is recommended not only for boarding dogs, but for dogs in competition (field or show ring) and those sent to starting pens. Allow ten days for the vaccine to “take” before exposing your dog to others.

Rabies: It is critical that all dogs be vaccinated by a licensed veterinarian based upon the recommendations of your state health department.

Rabbitat – the Key to Survival

Hunting with a Legend, Daddy Rabbit 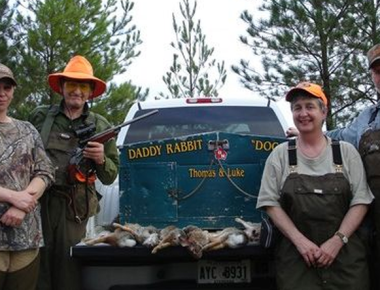 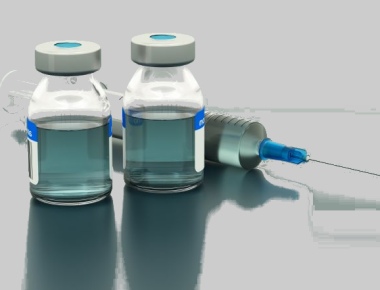